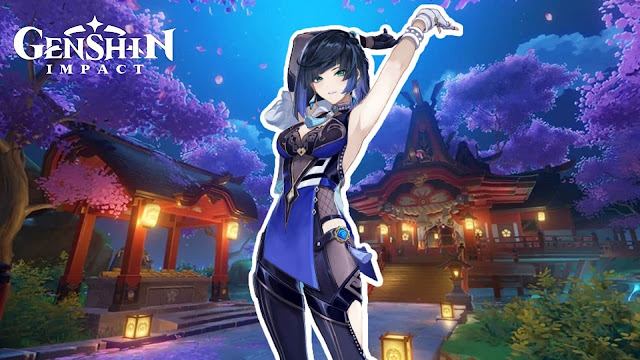 Genshin Impact – All Upcoming Characters in 2022

Yelan is the newest 5-star character and it was released during Genshin Impact 2.7. And also, she is 5 -a star Hydro bow character, she can be dealing Hydro damage to enemies. Yelan elemental burst is similar to Xingqiu.

genshin character leaks (?)
/
/
/
SHIKANOIN HEIZOU IS SO FUNNYGJFSDJSJD I WANT HIM pic.twitter.com/xiahgVbR9Q

Shikanoin Heizous is a 4-star character, and it is released at end of this year and is rumored to be an anime character who wins during his mastery. When he drives a jitte, it is not expected to be his main weapon. This character has a young male body type and will appear during some Inazuma questlines.

Kuki Shinobu is a 4-star character it has a 4-star Electro sword, that can heal her allies and dish out a surprising amount of Electro damage. Kuki is arriving on Genshin Impact 2.7. She is a member of the Arataki Gang, so she can spend some extra roll on the Itto banner.

Genshin Impact is releasing a Dendro element, and leakers found some new Dendro reactions in beta. This points to the release of many long-awaited Dendro characters like Baizu and Yao Yao, and fans will be able to play them by the end of the year.

Collei is released before 2022, there is not any release date leaked. Collei some ability leaked, It’s unclear which element or weapon Collei will use, but given her consistency in the game’s webcomic story and her unique style of fighting, she could be one of the most intriguing characters once released.
Also, you can read Genshin Impact teases new music video for the upcoming event, and you can join over Reddit group (click here)