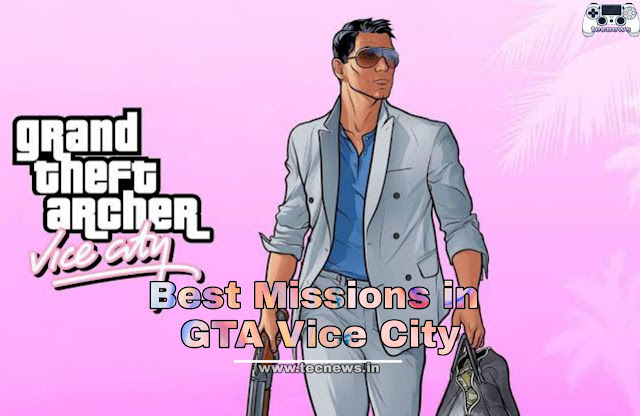 The GTA Vice city is an all players play in their childhood. This game is one of the famous game from 2002 to 2010. All player knows to who is a Tommy Vercetti. In this article, we give the best moment of Tommy Vercetti in GTA Vice City. And also Give the top 5 best missions completing Tommy Vercetti.

The Rub Out missions about to Versety Mansion. The Ricardo Diaz used to control Vice City with a tight grip before Tommy loosened it. We see in the cut scene the Tommy and Lance used their M4 carbines. They are attached in Ricardo Diaz and tack down his all property and Vice City control.

Martha’s Mug Shot mission is to blackmail Alex Shrub Because she wants to gain puritan votes by placing restrictions on the industry. Tommy Vercetti follows Alex Shrub since he runs InterGlobal Studios. This mission is an impressive display of Tommy’s can’t-say-die attitude as he survives an entire onslaught of FIB agents with powerful weaponry.

The Keep Your Friends Close missions against the mafia boos, Tommy is not only betrayed by his boss Sonny Forelli, and Tommy loses his right-hand man Lance Vance. Tommy overcame several enemy waves and took out his two major targets and they shoot him. The Mafia was dealt with, Tommy was able to freely run his operations without further hindrance.

Note: This article reflects the writer’s personal views. What do you think please comment below?