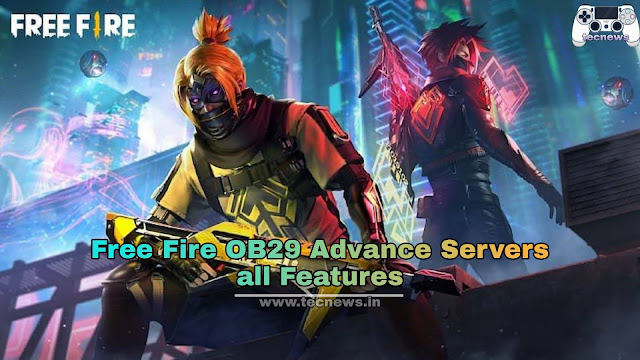 Free Fire is a get the highest download the worldwide. So they launch his upcoming Update OB29 in the future. There is all detail is here so you can get all you need.
The game developers are improving the game performance, graphics, gameplay, and more. The game update comes with some new features like new characters, new weapons, new peat, and more. This feature has not come to the Global version, this is launch only Free Fire Advance Servers, so players can register the free fire website.

The Free fire OB29 update includes a new pet. The pet name is a Tigar Ninja. The pet ability improves the aggressive gameplay if players are rush into the enemy. This pet anthore ability is not known at that time.
#Also, read Ryu backpack skin for free in Free Fire

The OB29 update includes new characters added in Free Fire. These new characters’ ability is a five-meter healing aura that will help players gain 3 HP for 10 seconds. This character not only one ability, another ability is they also improve 15 HP.

The Free Fire includes a new 1v1 mode, to improve the close-range combat. The new 1v1 game mode’s map name is Iron Cage. This mode plays with your friends and improves the gameplay. This mode has some weapons and you can also use the gloo wall. This feature comes to the OB29 update.

The OB29 has a new feature in the training ground mode, players can improve their Grands skills. The Players also improve the close combat in the training ground. And also there is a craft feature is added in the upcoming updates. This feature is used to players create customer’s rooms, with their friends.
Note:- This is an author’s personal view, the actual game has some changes. So do not take it seriously.
#Also, read Most Powerfull character in Free Fire