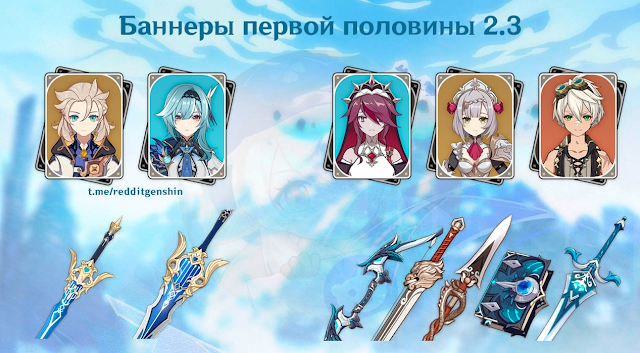 Mia post the leak on Reddit and they shared it by reputable leaker UBatcha. From this leak, the Genshin Impact fans get more details about the upcoming 4-star character Gacha and all Gacha weapons.

omg looks like albedo and eula’s banners will have the same 4 stars aka rosaria, noelle and bennett pic.twitter.com/Adpg0JPZXJ

In Genshin Impact 2.3, leaks show that Eula and Albedo banners will feature the same 4-star characters. In version 2.3, the first time the two character’s banners run at the same time. If these leaks are true, the future reruns may have matching 4-stars as well.

FREEDOM SWORN FOR KAZUHA AND SONG OF BROKEN PINES FOR EULA WHO? pic.twitter.com/qkoLmP3xWL