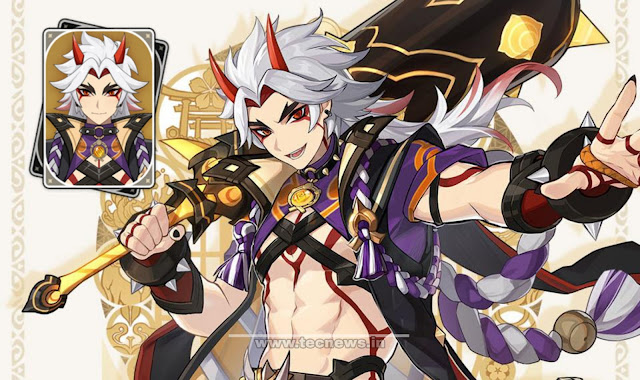 Genshin Impact 2.3 leaks are accurate, then Arataki Itto will have a character banner releasing on the second half of version 2.3. This character banner will feature Gorou and is expected to take place on 14th December 2021.
Still, this leaker is reliable and has provided correct information in the past.

Arataki Itto name card represents that has an oni motif. All Genshin Impact players can get it if they reach Friendship Lv. 10 with him. There is the same requirement, as other character name cards. If the player receives this name card and they wishes to equip it, they can follow the following step.

The player can get the Gorou name card if they have reached the friendship lv.10 with Gorou. The Gorou is a 4-star character, so this name card is more accessible to the general public.
Also, you can read the GTA article, click here.
For quick gaming updates follow for social media:-