Apr 17, 2022
Genshin Impact official Twitter account recently posted about a new music video. The music video officially launched on April 21, although there is no more detail comes. Players can read more details given in the comment section of the Twitter post.
Players can read the HoYoLAB article, in this article, we are seeing the, ten lucky winners get a chance to win mystery merchandise items. Players guess the character’s name in the comment section of that article. Thankfully, all characters are cracked in the music video poster.

The music composition contest is here! It will be officially launched on April 21, stay tuned!

Guess what the silhouette is in the image to win mysterious merchandise!

Paimon’s silhouette should be clear to any Genshin Impact player, but other titles may not be as clear if no other miHoYo titles are playing. Here are the answers to this simple puzzle from right to left:
In the following image, you can see the all characters clearly and participate in the HoYoLAB, and get a chance to win a mystery merchandise item.

Comparison between Music posters and characters 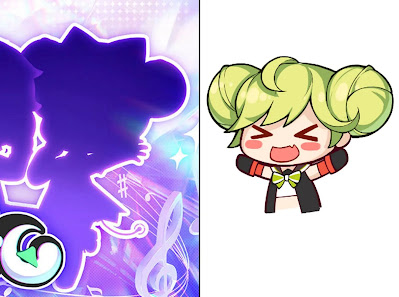 The first character on the right side is Ai-Chan, Which is effectively the mascot of the Honkai Impact 3rd. 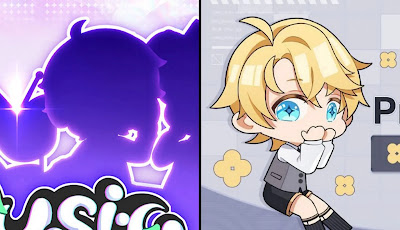 Davis is the second character from right to left, it is the mascot of Tears of Themis. Both images are the same, so we clearly see the left image is an outline of the right image. 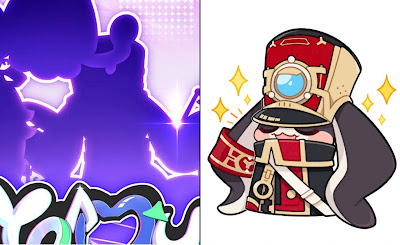 The third one is Pom-Pom. We can see the long ears and hat and put town and two together.

Mimo is the second character left to right, and it’s the mascot of HoYoLAB.

Paimon has an easily recognizable shadow, as one can see its halo and the thorny part of its hairstyle. Most Genshin Impact players should be able to guess who she is, so it’s worth looking at lesser-known characters.

This image comes from the comment section of the HoYoLAB article if you can luck, you will get the chance to win Mysterious Merchandise.
Also, you can read Genshin Impact 2.6 guide: All 20 Time Trial Challenge Locations in The Chasm