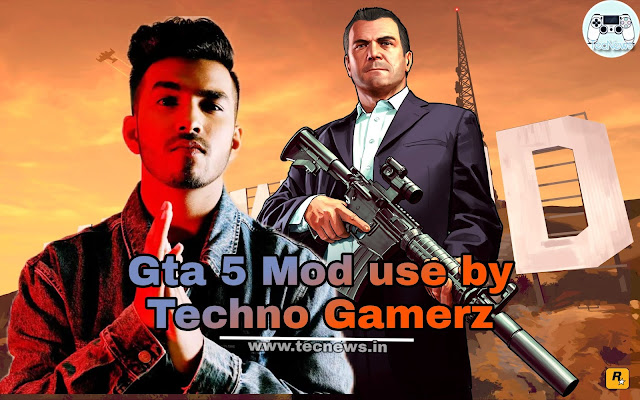 We all see GTA 5 videos on youtube. But some YouTubers are very famous for his fresh content. There is one YouTubers The Techno Gamerz, is India’s biggest GTA 5 YouTuber with a sub. base of 17+ million.

The Techni Gamerz is play GTA 5 in single player story mode in GTA 5. And he is create the story using the mode.The story base on the Michael De Santa, Car showroom business, Mafia,etc. So This article lists some of the most popular GTA mods used by Techno Gamerz.

This mod use to explore the city, and this mode adds pedestrians and traffic to the city. So use the mode and we see the North Yankton was part of the GTA 5 map. So the Techno Gamerz use this mod to complete his story, and create the Mafia mansion in game.

Build a Missions one of the most popular mods for GTA 5 used by Techno Gamerz. This mod use to spawn any objects like car,bike,train,plans,buildings more. Techno gamerz use this mod to creat a different story line on his videos.

This mod ability is spwen NPC’s, vehicles, So the techno gamerz use this mode to all videos to create..

Techno Gamerz use the mod to create a highest and jobs. And they use to his videos, like Heist in car show room, Banks, Mafias base.Following is a list of all the jobs and heist’s added with this mod.

This mod use to spawn NPC’s and set their paths, so they go and do as instructed. Techno Gamerz use this mod to setup his heist planing,haracter meetups, shoot-outs, etc.

This mod use NPC skin to use in director mode, the weapon the actor will hold, and press F6 to open the Actor Manager menu. And spawned new character from there, which will take the player’s current position, skin, heading, and weapon.