How to get new character Dimitri and Thiva in Free Fire 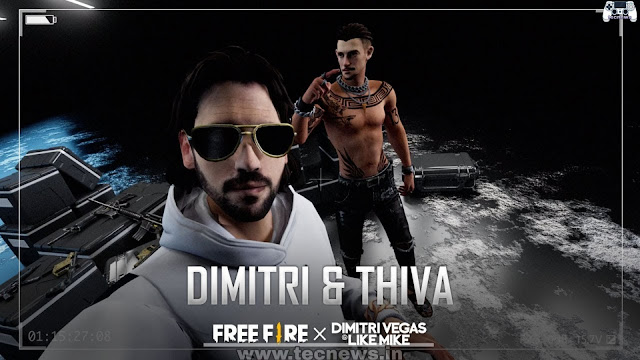 New characters ability, and how to unlock Thiva and Dimitri

Dimitri is an active ability that helps create a healing zone within a 3.5-meter radius. Gamers and their allies who reside within the zone created with Dimitri can initiate an HP regeneration. The rate of HP recovery will be around 3 HP/second.
Dimitri can also recover the player’s allies who the opponents have downed. Dimitri’s ability time duration is around 10 seconds.

Thiva’s Vital Vibes ability enhances the rescue speed while reviving a downed player, And after reviving player heal within a five-second. The Thiva has revived the players using 5% speed and heals the players 15 HP in base level.

How to Dimitri and Thiva in Free Fire

Both characters Thiva and Dimitri currently unavailable in the Free Fire store. These characters are available soon, so players can directly purchase the Thiva and Dimitri, paying the Dimonds. Thiva has come to the (Around) 28th August, and Dimitri comes to around 12th August. So you can directly purchase these characters in the Free Fire store to use the Top-Up. Some players are don’t know how to top up, so they can follow these steps.
Step-1: Open the Free Fire Game.
Step-2: Click the Dimonds icon on the top left screen.
Step-3: Click the Top-Up buttons and select the purchase dimonds.
Step-4: Pay the money using any Transaction like Gpay, UPI, and more.
Players can also use another app like Games Kharido, Codashop, after the transaction players can check the mailbox and they are getting the Dimonds.
Players can read Free Fire’s 4th-anniversary rewards. Get a quick update follow on Instagaram/Twitter.