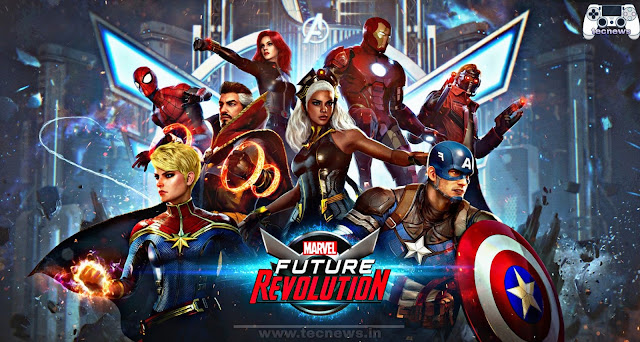 The upcoming Marvel game is coming soon on android and iOS. The Netmarble game development company is announcing the game The Marvel future Revolution. The fans explore the open world using popular Marvel characters and also fight the monster and save people’s life.

Marvel future Revolution is an upcoming Marvel game. This game launch on android and iOS platforms. Marvel future Revolution is an open-world game. This game has a manny character we play to the different missions. The game is starting the pre-registration in android/iOS. So you can pre-register the game, and The game is available globally so you can directly download it on Google Playstore.

We see in the trailer starting from Captain America, Spiderman, Captain Marvel, Dr.Strange. They are fighting against the monster and protecting the world, we see in the trailer. The starting of the trailer is Captain America and they are fighting the monster. Then SpiderMan comes and helps each other to fight. We see Dr.Strange saves the people and also Spiderman. And All marvel character comes to the future to help the real heroes. And all the heroes fight the monster. This game like a Marvel Movie.

The game is the pre-registration, and all likes are said the game will be launch at end of the 2021. So you can go to the Marvel Future Revolution google page, I will give a link at the starting of the article. So you can go and pre-rester the game. The game is a totally open-world and RPG game. All Marvel fans are waiting for the game. But the company launches the gameplay on the Marvel Youtube channel, on 9th Jun at 5 pm. So you can see the live gameplay on 9th Jun at 5 pm.

Marvel’s future Revolution is an open-world game, And the game style is RPG. So the gameplay is an RPG style. The game is coming first from the Four characters, Dr.Strange, Spiderman, Captain America, Captain Marvel. We see in the video all character are the different ability, as compere the real movie. The gameplay is launch on Jun 9 at 5 pm, So you can go to Marvel’s YouTube channel and see the live gameplay.