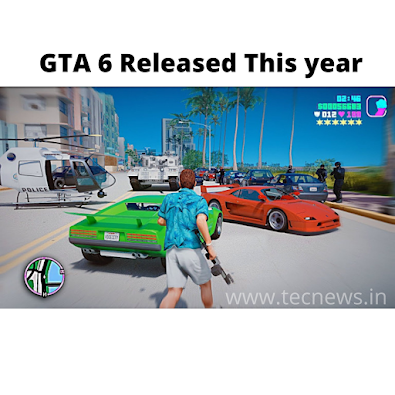 GTA 6 has been much in rumours, and given exactly how popular GTA 5 has been and continues to be eight years since launch, that’s hardly a surprise. Now, after months of cyber sleuths looking for slight cues about the game and its potential launch, developer Rockstar Games appears to have dropped the biggest clue about it. Spotted by The National, the clue comes from job listings that Rockstar has posted across a number of its studios, namely Edinburgh, India and Lincoln, for game testers to work in an upcoming project. Given that game developer studios typically hire testers in the final stages of launch of upcoming games, the information does come across as a possibility that GTA 6 might actually be close to launching this time.
The job postings themselves somewhat differ across the three regions that are seemingly looking for game testers. At Rockstar Edinburgh, eligible candidates are necessitated to have an understanding and interest of the present gaming industry, as well as knowledge of the present crop of games, consoles and PCs. While this pretty much hints at the need for testers for new titles, the job listing for Rockstar India is slightly different. At the latter, the studio is looking for those who have a knowledge and understanding of previous Rockstar titles, which suggests that this may be linked to a different project – speculations suggesting the next-gen port of GTA 5 that’s slated to launch later this year, or a standalone GTA Online title as well.
However, given the increasing number of clues surfacing each day, the launch of GTA 6 surely seems to be on the radar. Clues have so far suggested that Rockstar will base the upcoming GTA 6 in some way to Vice City – the fictional take on Miami that featured in the iconic first ever Grand Theft Auto title. Some reports have suggested that GTA 6 will combine multiple previous maps into a sprawling playground and involve multiple crime cartels as well. All of these are, of course, speculative, but it will be interesting to see if Rockstar ends up introducing an all new playground for the game that pioneered open world storytelling.
(And also you can see how to download GTA 5 On mobile click hear)
Even if the game tester listings do allude to GTA 6, it will still be at least some time until GTA 6 is actually launched. Rockstar is yet to start promotional events for the game, and all of this seemingly adds up to a potential launch at end-2021, at the earliest. The upcoming few weeks should hold more answers to what the game will come with.